We are posting reflections for each day of Holy Week. The video and martyr reflection for today is below and previous days are under the Holy Week menu above. 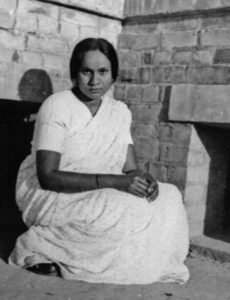 “Leave all other ties, Jesus is calling.”

Esther John was born Qamar Zia into an Islamic family. She attended a Christian school from the age of 17 and was so inspired by the Book of Isaiah that she decided to convert to Christianity.

Her Christian faith grew privately, even secretly. Then fearful of the prospect of marriage to a Muslim husband she ran away from home. Her family still pressed her to return and to marry.

In 1955 she moved to the Punjab and lived and worked in a mission hospital. She then taught in the villages teaching women to read and working with them in the cotton fields. At times her relationship with her distant and perplexed family appeared calm; at others anxiety and tension brewed.

Her death was sudden and mysterious. On 2nd February 1960 Esther John was found dead in her bed at the house where she lived at Chichawatni. She had been brutally murdered.